WHERE THE TIME DURING

Villa Reimann enjoys a privileged view of the city: on the one hand it looks towards the Sea, enclosed in the great water of the great harbor; On the other is completely immersed in an impressive 35,000 square meters park. Inside you can admire an “Exotic Garden”, which has kept the fascination of the classic Italian gardens.

Built in 1881 by Senator Cocuzza, in honor of the Spanish singer Fegotto, the villa rises in a green area near the archaeological park of Neapolis. At the time of purchase, the property was 27,000 square meters and was about 500 lemon trees and as much as fruit. The entire estate was sold on February 6, 1934 to Christiane Reimann, a Danish nurse, who established his residence until 1979. The annexe is divided into two floors: on the ground floor there was the remodel and the first floor ‘Housing for servitude.

Today the ground floor is considered one of the most suitable locations for conferences, while the first floor is for municipal offices. 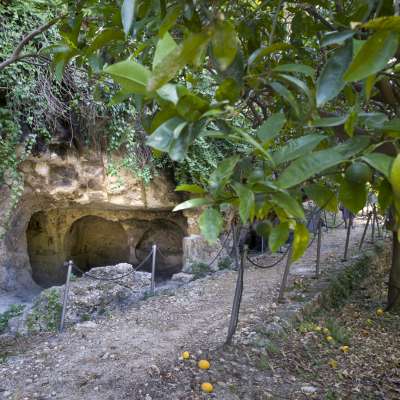 The noble Danish woman thus occupied her days devoted to the cultivation of the citrus grove and the garden; He also discovered a necropolis and decided to bring it back to light: it was she who organized the teams and the work.

With the occupation of Denmark by Hitler and the entry into the war of Italy Miss Reimann was watched with distrust by the city authorities who forced her to move to nearby Floridia.

The allied landing improved the situation, but the villa, like all the city, was required. Christiane obtained, through the intercession of the Danish delegation, to stay in two rooms and to carry out the work of private secretary of the British commander. After the war ended, the villa was in a disastrous state, only with the passing of time the restoration work was completed.

He died on 12 April 1979. The rite of the funeral was officiated at the Church of Santa Lucia in Badia in the presence of very few people. Today he rested at the monumental cemetery of Siracusa. The funeral monument was made by the Associazione Italia Nostra in collaboration with the City of Syracuse. 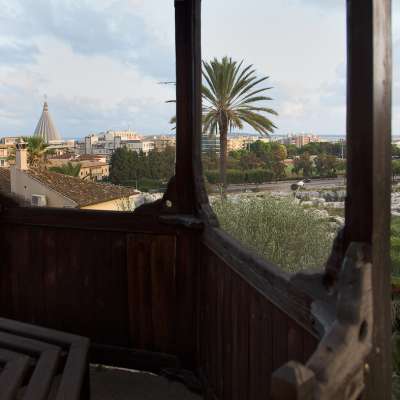 The park stretches for about 16,000 square meters and is surrounded by a bunch of cypresses and olive trees that isolate it from the urban context, now completely built.

A long avenue runs along a citrus plant planted in the north by Reimann, called “The Garden of the Hesperides.” To the south of the villa is the exotic garden of collector type, consisting of a double series of flower beds around a fountain, according to the classic Italian garden layout. The architecture of the villa is complemented by some rest areas with tables, vases and benches. Along the avenues, some particular columns bear sculptures inspired by Greek mythology. All architectural elements are made of natural stone and carved by hand. The garden collections, arranged in the ground and in the pot, have a botanical consistency of about 150 species. The vegetable individuals that make up these collections are about a thousand and boast of considerable scientific significance as well as great emphasis on teaching and naturalistic.

Particularly important is the large flowerbed placed in front of the entrance of the villa which contains a remarkable variety of luxuriant plant species.

In the exotic garden there is the belvedere, wanted by Christiane himself. The latter made a small tower enriched by a stone spiral staircase, bordered by succulent plants of different species. Reimann made a small wooden gazebo where he could observe the degradation of the territory to the island of Ortigia, the extreme tip of Siracusa. At the top of the pagoda cover, a small wind vane was made specifically by the owner.